Exactly 14 months since the first Airbus A320NEO took to the skies on September 25th, 2014, the aircraft has won a joint FAA and EASA type certificate, today.

The Type Certificate however is for the A320NEO powered by the Pratt and Whitney PW1127G-JM Geared Turbofan Engine. This aircraft variant is A320-271N.

The PW1100G-JM family of engines uses a revolutionary but not new technology that essentially makes the engine a cross between a turboprop and a pure turbofan. This is the largest geared turbofan produced till date. With this engine, Pratt and Whitney marks its return as a single brand powerplant option for narrowbody mainline jets. Boeing 737-300/400/500/600/700/800/900/MAX-7/8/9 are all powered by CFM engines, while the Airbus A320 family of aircraft are powered by either CFM or the IAE consortium’s engines. Pratt and Whitney is part of the IAE consortium.

One of IndiGo’s Airbus A320NEOs, MSN 6720, is one of the three test aircraft, and has been flying since September 25th, 2015. However, the first production aircraft is destined for Qatar Airways, the launch customer. MSN 6744, to be registered VT-ITA, a Hamburg produced A320NEO already painted in airline colors, may be the first A320NEO for IndiGo, despite being produced after the aircraft that was already flying for the certification program.

The three flight test aircraft powered by Pratt & Whitney engines accumulated over 1,070 flight hours over 350 flights. Of these 1,070 flight test hours, 300 were completed with the same aircraft in an airline like environment to ensure operational maturity at entry into service.

There is a strong possibility of IndiGo receiving its first Airbus A320NEO by end of this calendar year. As per our information, IndiGo’s A320NEOs will be fitted with 186 seats – six seats more than what it fits every aircraft cabin with, today.

Thanks to Cyril for the heads up on the certification. 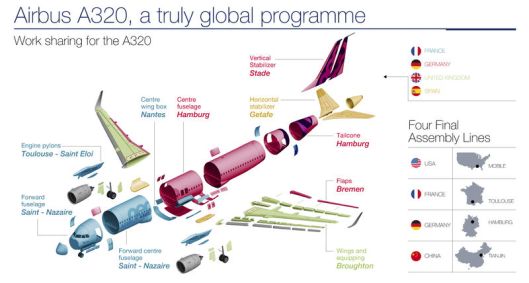