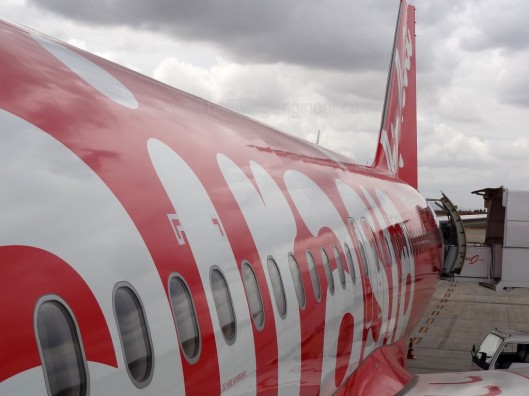 The airline, which started operations one year ago on June 12th, 2014, now operates a fleet of 5 aircraft from 2 hubs – Bangalore and Delhi. All of the airline’s present flights from Delhi are no less than 2 hours 20 minutes long. Such long flights ensure that the airplanes spend a larger fraction of the flight in air, resulting in higher aircraft utilisation.

One of the airline’s 5 aircraft rotations flies only 2:30hr flights. This rotation covers a Delhi-Bangalore return, and two Delhi-Goa returns. Together, the utilisation on this pattern totals to 15:10 hrs, which is 50 minutes short of the target that the airline had made public, but one of the highest in the country for all domestic operations.

The airline recently added Imphal as a destination, raising the number of destinations to 10. The airline today flies 32 flights a day, deploying 5,760 seats a day and flying around 4,500 passengers daily. Till end May 2015, the airline had flown 716,000 passengers. The airline may fly its 1 millionth passenger on or around the 5th of August 2015.

The airline may add a third Cochin flight in the morning, to provide a well spread out thrice daily service to Cochin from Bangalore. When added, all airplanes will be flying at near maximum utilisation in their rotations. No further growth is possible with the existing fleet.

Aircraft between hubs may be swapped through the night flight I52227 DEL-BLR and I52228 BLR-DEL. Two rotations sync up at the right times to allow for a swap. Until a third Cochin is launched, the airline may use the morning flight I52221 DEL-BLR to swap airplanes.

Ideally, considering that Delhi base has higher aircraft utilisation, the airline may realise a higher fuel saving by deploying two winglet-equipped aircraft at Delhi rather than just one as is the case today. Winglets help realise greater savings on longer flights.

According to the AirAsia Group, AirAsia India, “Overall performance was better than expected with strong loads but is working on keeping costs under check.”