The Airbus A350 is a result of the pressure exerted by airlines on Airbus, in the face of the Boeing 787’s “threat” to the Airbus A330. The A350 program was formally announced towards the end of the end of 2004, but it was only in mid 2006 that Airbus, after facing criticism for a derivative of the A330 rather than a whole new clean sheet design, announced the A350XWB: an all new airplane. In essence, the A350XWB project is a forced response from Airbus to Boeing’s 787 program.

MSN001 is an A350-941, bearing registration F-WXWB. The A350-900’s Rolls Royce Trent XWB Engines are the largest that will be fitted on an Airbus airliner, producing 374kN (almost 37,500kg force) of thrust, each. The A350-900 has the typical seating capacity of the Boeing 777-200 (314 pax in a 3 class layout), and the range of the 787-9 (~8100NM), serving as, what seems now to be the plug between the two. Observed Lufthansa’s CEO Christoph Franz, “Because of pressure mainly by the fast growing Gulf carriers, both Airbus and Boeing are being pushed to design aircraft with more range capabilities and engine power than needed by most other operators. European airlines therefore have to deal with over designed aircraft that carry additional unneeded weight”.

Here is the timeline of major developments in the life of MSN001:

November 2010: The longest fuselage panel for Airbus’ A350 XWB completes its curing process. 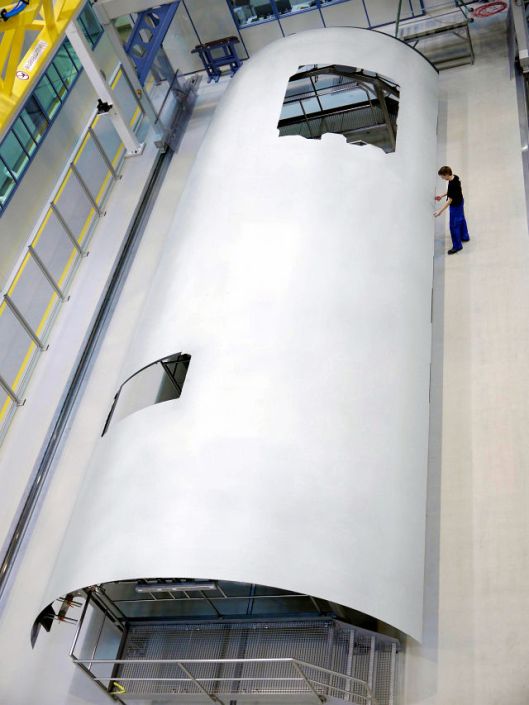 July 2011: Production on a key component in the A350 XWB’s initial horizontal tail plane begins, at Airbus’ centre of excellence in Puerto Real, Spain. 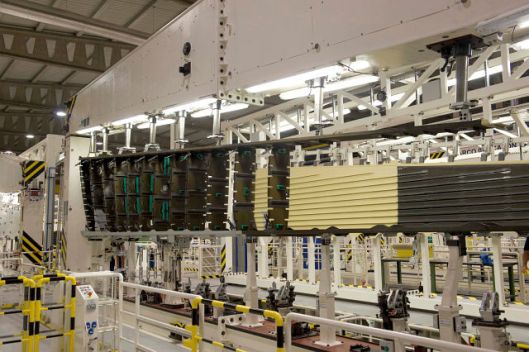 August 2011: The first A350 XWB centre wing box is delivered from Airbus’ site in Nantes, France to Airbus’ St Nazaire, France facility where it eventually is assembled into the first A350 XWB fuselage.

September 2011: Wing upper cover manufactured at Airbus’ Stade, Germany is transported to Airbus’ wing assembly site in Broughton, UK. The lower wing cover made in Illescas, Spain arrives in Broughton. The first A350 XWB nose section is transported to Airbus in St Nazaire from partner company Aerolia’s site in Méaulte.  Airbus aerostructures partner Premium Aerotec puts together the first forward fuselage for the A350 XWB at Nordenham, Germany. 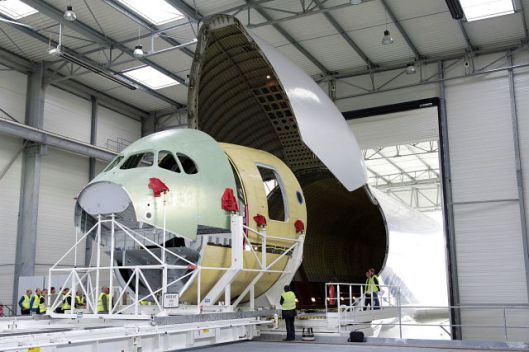 October 2011: Airbus completes installation of the first Rolls-Royce Trent XWB flight test engine on the A380 “flying-testbed” aircraft. Airbus starts the assembly of the first A350 XWB’s horizontal tailplane (HTP) in Getafe, Spain. 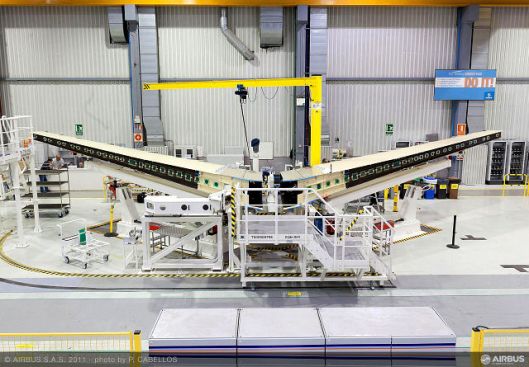 March 2012: Structural assembly of the first A350 XWB aft fuselage destined for the first flying A350 XWB (MSN1) is completed at Airbus’ manufacturing site in Hamburg (Germany).

July 2012: Airbus delivers the front fuselage for the first flyable A350 XWB (MSN1) to the Final Assembly Line (FAL) in Toulouse (France). 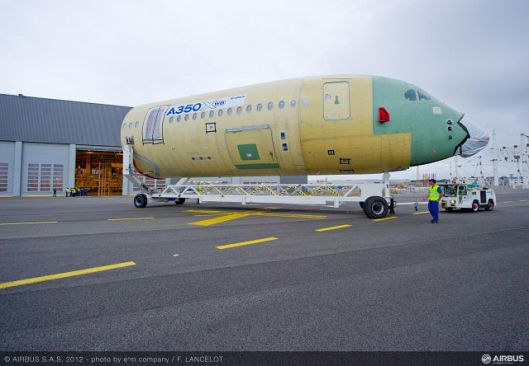 August 2012: A350 XWB “MSN1” flight-deck comes to life. Flight-deck power-on is an important step on the route to complete aircraft power-on and first flight, because it enables most systems functional checking to be undertaken. 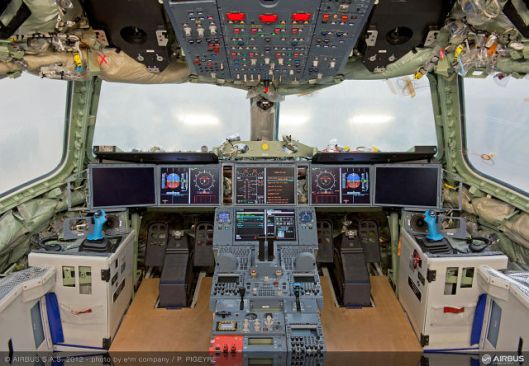 October 2012: The vertical tail plane of the first flyable A350 XWB (MSN1) has comes out of the paint hall in Toulouse.

November 2012: The wing join-up started in the Roger Béteille Final Assembly Line (FAL) in Toulouse. The wings are attached to the fuselage and other finishing activities such as the spoilers are installed.

May 2013: First A350 XWB painting completed in Toulouse 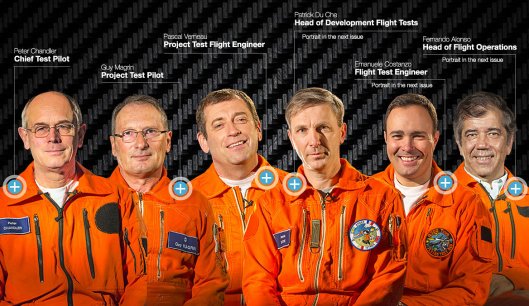