VT-SNG, A BOMBARDIER BD-700-1A10 (Marketed as the Bombardier Global Express, and now rebranded as the Global 6000), just flew into Bangalore HAL airport. The aircraft was spotted on the downwind, as it majestically turned right for base to land into VOBG’s Runway 09.

This Global 6000 is owned by Sun TV Network Ltd (whose parent is Sun Group, which also owns Spicejet), and is used to transport their honco, Kalanithi Maran. The brand new aircraft was registered VT-SNG (manufacturer serial number 9493) on the 11th of March, 2013.

The range is impressive, but what I like about Bombardier is their frankness. “6000NM is a theoretical range with NBAA IFR Reserves, ISA, 8 pax/4 crew. Actual range will be affected by speed, weather, selected options and other factors.”

The aircraft is propelled by two Rolls-Royce Deutschland BR710A2-20 turbofans, each producing upto 65.5kN of thrust (about 6500kg thrust per engine), lending the aircraft a minimum thrust to weight ratio of 1 : 3.47 (at the MTOW of 45,132kg) , which is pretty high. This means the airplane can climb steeper and faster.

Maxing most of the raw power is the supercritical wing, swept back 35°, which features winglets for drag reduction. 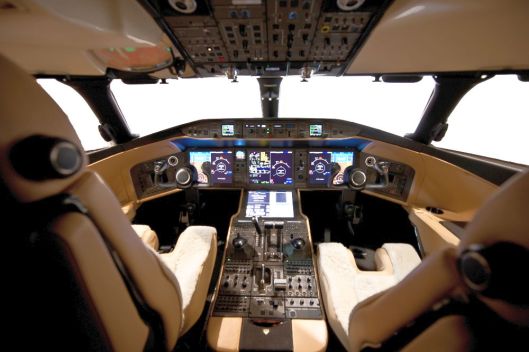 With more than US$58.5 Million per jet, the maximum payload is 1,710kg, which is equivalent to just 17 commercial airline economy class passengers (Based on 70kg passenger weight + 25kg check in baggage + 7kg cabin baggage).

Ofcourse, this is a business jet to flaunt, not an air-bus to make money.