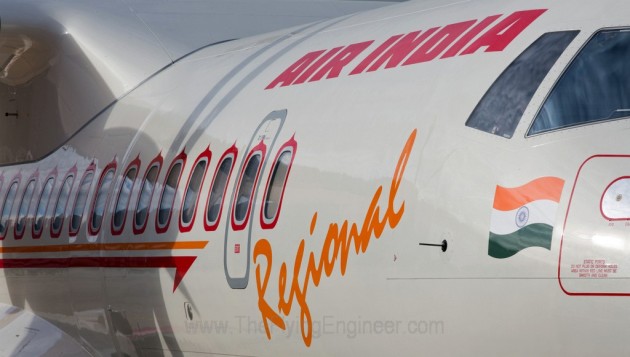 Air Safety (To do with capability, technical reliability, technology and crew experience) is today threatened by insufficiently funded and financially strained airlines. Such financial conditions are generally observed in regional airlines due to the requirement for lower paid up capital by the DGCA.

1. Crew Shortages: Crew Shortages are common in startup airlines. Generally, more credible the brand name of an airline, the lesser is the crew shortage. Responsible airlines like AirAsia cancelled flights that could not be operated due to not meeting the legal requirements for crew experience. However, not all airlines operate legally. We have received unconfirmed reports of a few airlines faking the certificates of some of its crew just to operate a flight. Such ill-experienced crew will pose a huge threat to flight safety.

The DGCA must conduct frequent, random airline audits in a transparent manner. Else, India will risk being downgraded yet again, by the FAA’s International Aviation Safety Assessment Program. More frequent and corruption-free audits are necessary to meet the first objective of NCAP 2015.

2. Flight Data Monitoring: There are instances when flight crew perform a hard landing, or exceed aircraft limitations at any phase of flight, and the occurrence gets brushed under the carpet. The only proof of such an occurrence is the quick access flight data recorder (QAR / QA-FDR). Pressures from within the airline force certain recordings to be erased, to eliminate proof of such occurrences. These may be initiated by either the airline management or by the pilot who exceeded aircraft limitations. As Indian aviation expands, there will be on average less experienced crew, and schedule pressures that may result in more such exceedances of aircraft limitations. An exceedance today, if not looked into, may result in a failure tomorrow, which will lead to a loss of lives. To be able to implement a mechanism of strict FDM will be key to meeting the first objective of NCAP 2015.

4. Whistleblower channel: Most such reports as described in (1) & (2) come from within the airline. Sources within the airline observe first hand, and report when their own lives, safety, or legal position are at stake. India needs a safe, secure, anonymous and non-punitive whistleblower channel and mechanism, that is above corruption, in the interest of safety, and to meet the first objective of the NCAP 2015.

5. Crew Experience: In India, a majority of flight crew (pilots) take to the profession for reasons other than true passion. This has been observed by flight school instructors, captains, and line pilots who get a chance to interact with other crew. In the absence of passion, there is a general lack of self-drive to learn and continuously improve or update one’s knowledge about the subject. India is also one of those countries where a fresh CPL holder can immediately get behind the controls of large, highly automated aircraft, such as the Airbus A320 or the Boeing 777. In such airplanes, pilots hardly fly ‘hands on’ due to increase in automation and a disproportionally lower number of landings per flight hour. There have been serious studies on automation complacency, and while it is debatable, the ministry may want to encourage, but not impose, pilots to gradually move up aircraft types before flying highly automated and long haul aircraft. Such a move will also ensure flight crew for regional airlines / scheduled commuter airlines, which fly less automated airplanes that operate short sectors. Experience through variety may ultimately lead to meeting the first objective of the NCAP 2015.

6. Crew Resource Management: CRM is becoming a growing concern in India. Negative differences in age between commanders and first officers, and strong differences of opinion between military and civilian pilots very often lead to friction that ultimately threatens flight safety due to non-cooperation. Also, fear of social and professional retribution prevents some first officers from over-riding the decisions of commanders that are not in the best interests of flight safety. We cannot propose how, but a more effective CRM is necessary to meeting the first objective of the NCAP 2015.

7. Pilot Training Standards: Most training aircraft today are equipped with non-certified flight recordering capability. Such features are observed in aircraft fitted with avionics like the Garmin G1000. the ministry may need to encourage or incentivise more such glass cockpit training aircraft in the country. With such aircraft, flight and training records of students will be more transparent, and can be quantitatively and qualitatively assessed by potential employers to arrive at meaningful conclusions on the pilot’s capabilities. The ministry will also need to specify a tamper-proof method of logging flying hours to prevent further cases of fake pilot licenses. Review of previous training records including type rating training records and associated instructor comments and recommendations is advised to ensure that airlines are fully aware of the kind of flight crew they are hiring. Such moves help in meeting the first objective of the NCAP 2015.

8. Safety through surveillance: Getting more aggressive on the implementation of ADS-B out transponders will help increase the surveillance capability in India, especially at remote locations that may be challenged with either no radar coverage or significant terrain. ADS-B out enabled transponders will allow every airfield and airstrip to install inexpensive equipment that will allow for better and safer ATM at regional or remote airfields. Today, most narrow body jet aircraft are ADS-B equipped. In India, the fleet of 14 Bombardier Q400s, 4 CRJ-700s, 4 ATR 42-320s, 19 ATR72-500s and 2 Embraer E170s do not have these installed. These are the very aircraft that will be part of boosting regional connectivity in India.

9. Confine Duties to Safety Only: The DGCA document defining the duties, functions, and responsibilities and Directorate General of Civil Aviation states, “Directorate General of Civil Aviation is the regulatory body governing the safety aspects of civil aviation in India”. Yet, the DGCA is known to interfere in the commercial decisions of airlines, without any proven link to air safety. While we encourage the DGCA to keep an eye on the financial health of an airline, as that ultimately impacts air safety, it would be a positive and welcome change to allow airlines the freedom to make commercial decisions that can positively impact the financial health of airlines.